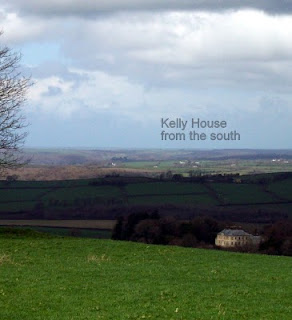 Mary Elfreda Kelly was the same generation as my Grandmother, born just four years after her, in 1888. Well-known in her lifetime (she died in 1951) as a prolific writer and dramatist, she was particularly active within local and then national drama communities and was apparently a fierce and lively campaigner on behalf of village communal theatres. I was reminded of her and prompted to read up my notes and blog on her when I saw Kelly House, her birthplace and home, featuring in Country House Rescue and broadcast this week.
It seems that the current owners and estate of Kelly are in a desperate plight (no doubt Ruth Watson's inspirational money-making projects will activate the usual positive turn around of family and estate-fortunes). I can't help thinking though that perhaps the family could do with their not-so-distant-ancestor to come to their aid. Or, maybe they should resort to emulating her own efforts to gain the support of the local community.

Mary Kelly was by all accounts a very lively gregarious character with a terrific sense of humour; one of those larger than life people. She had the energy and charisma to go out and motivate people to change and make their lives and surroundings places better. She would no doubt have thrown herself into the village community and gathered everyone together to write and perform a play about the family predicament. In 1929 she was able to make use of her own popularity to persuade many of the tenant farmers of the neighbouring hamlet, Bradstone, to put on a 'substantial pageant', the 'Bradstone Pageant'. Click on the link for a picture of a scene from that pageant, Harvest Home 1820.  Mary had founded the Kelly Dramatic Society (Kelly Players) and the Village Drama Society in  Kelly, in 1919. Each year she wrote a religious play, at Ascension tide, developing its plot and characterisation around the personalities of local villagers. A stage was built in the tithe barn and gradually the dramas began to acquire a reputation for their directness and sincerity. The Kelly play soon  became famous and Mary found herself much in demand from others looking for help and advice re forming their own communal drama groups. She was soon involved in writing and performing pageants at other villages and towns, including Launceston and further afield, at Selbourne. The Village Drama League became affiliated with the VDS in the thirties and by the beginning of the second world war over 600 groups had been inaugurated. That same year Mary wrote Village Theatre

, soon to be an influential text in terms of its promotion of the impact of drama and village theatre in rural transformative renewal, which soon did a lot to counter the idea that inter-war British country-life was stagnant and in decline. It stated that 'When a wood is cut down, the seeds of innumerable plants, which have been lying in the shade, feel the sun and the air, and spring into life and flower; and in just such a way all kinds of social forces broke through to the surface after the devastation of the Great War' (page 127) 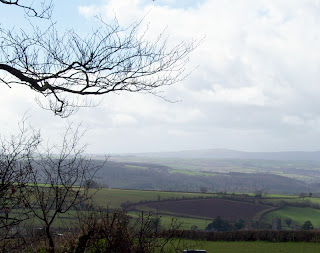 The daughter of the Revd. Maitland Kelly and his second wife Elfreda Blanche Carey, Mary Kelly wasn't born in Kelly, but moved there as a young girl from her birthplace at Salcombe. Her father had become Squire of Kelly in 1900 as well as Rector; he was there for 37 years. Her mother had died when she was about  three and after that she was looked after by an aunt and educated by a governess before going off to Surrey to school at the age of 16. Her childhood was, she said,  'filled with sunshine, green grass and blue skies'. Although she spent time away from her Devon home, including some of her last years in South Africa, it would seem that Mary 'lived her dream' close to her family and ancestral home back in deepest west Devon. Let's hope that she is memorialized one day by the family and recognised for the transforming impact she had on the local community.

Mary Elfreda Kelly is remembered as one of the foremost figures of the between-war village drama movement.

Some of the information for this piece came from The Oxford Dictionary of National Biography (free access for some library members)
Posted by Julie Sampson at 7:35 pm